Maritime lawyer Michael Kingston was just 4 years’ old when his father, Tim, was killed in the Whiddy Island disaster off the Cork Coast on 8 January 1979.

At our Reliability Ireland conference in Cork last March, when he recounted his personal story of relentless campaigning for better safety at sea and greater accountability, such was the impact that he received a standing ovation.

Michael recently contacted us to help him publicise … Read more below 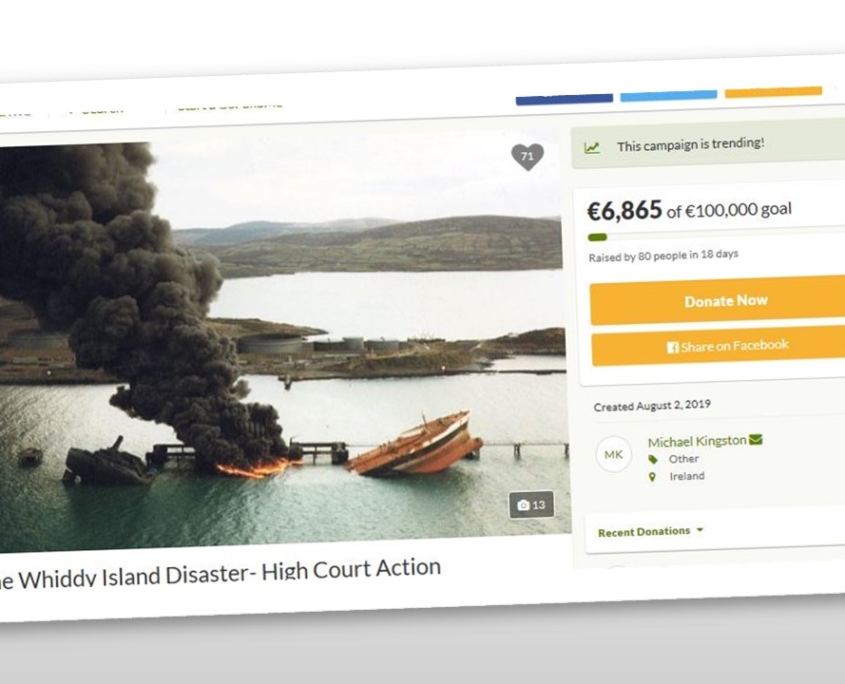 Michael recently contacted us to help him publicise a GoFundMe campaign to support a High Court action being taken by the families and friends of those who died in the 1979 disaster.

The campaign has also been highlighted in The Irish Times.

Michael explains the action is being taken “due to the Irish State’s failure to address multiple safety failings which caused the death of 50 people; 42 French, seven Irish and one Englishman, on the 08th January 1979 in the worst industrial maritime disaster to occur in the Republic of Ireland’s history. 23 of the French victims were never found.”

He adds that this action “is hugely important to the rights of Irish workers in all industry today, and to European citizens, and the safety of the domestic and international maritime community.”

You can read more about the campaign at the GoFundMe page here.

Some tips for better oil sampling

This website uses cookies to improve your experience while you navigate through the website. Out of these, the cookies that are categorized as necessary are stored on your browser as they are essential for the working of basic functionalities of the website. We also use third-party cookies that help us analyze and understand how you use this website. These cookies will be stored in your browser only with your consent. You also have the option to opt-out of these cookies. But opting out of some of these cookies may affect your browsing experience.
Necessary Always Enabled
Necessary cookies are absolutely essential for the website to function properly. This category only includes cookies that ensures basic functionalities and security features of the website. These cookies do not store any personal information.
Non-necessary
Any cookies that may not be particularly necessary for the website to function and is used specifically to collect user personal data via analytics, ads, other embedded contents are termed as non-necessary cookies. It is mandatory to procure user consent prior to running these cookies on your website.
SAVE & ACCEPT